Details: Killed in action 17th July 1916. Age 21. Son of James and Elizabeth Lynn of Mousetown Coalisland Co. Tyrone. One of four brothers who died on service two are buried in Belgium one in France and the fourth in Israel. II. F. 4. 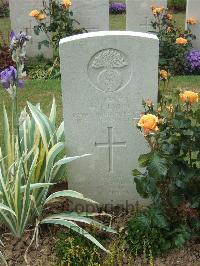