Details: 6th August 1915. Age 30. Son of James and Elizabeth Lynn of Mousetown Coalisland Co. Tyrone Ireland. One of four brothers who died on service during the First World War; two are buried in Belgium one in France and the fourth is buried in Israel. Plot I. Row E. Grave 9. 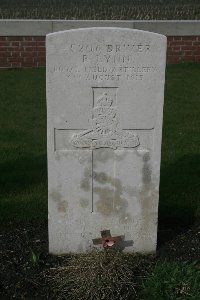