Details: 18th June 1941. Sec. D. Grave 485. This additional information and Photograph supplied by Michael McRitchie. Douglas Alfred MacLean joined the RAF in 1936 and met my father Stanley McRitchie in 1938 when they trained as air gunners. They were posted to 142 Sqn operating Hawker Hart biplanes out of Andover. Shortly afterwards the squadron re-equipped with Fairey Battles, with which they went to war in 1939, being stationed at Berry-au-Bac in France. Like most MacLeans in the RAF, Douglas was nicknamed Dandy after the police inspector series published in the Weekly News. When the squadron returned to Binbrook in Lincolnshire my father was posted away but kept in close touch with Dandy who had become rear gunner on the Wellingtons with which 142 had re-equipped. This picture dated April 1941 was among photos kept by my father until he died in 1986.On the night of June 18 1941 Dandy's Wellington was attacked by a night fighter over the North Sea, and he was fatally wounded. The Wellington was able to reach Binbrook and Dandy was buried in his home town of Southampton. I myself arrived into this world in Belfast at just about the time Dandy was leaving it. My father's letter to Dandy announcing this event was returned unopened by 142's adjutant. 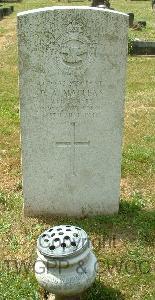 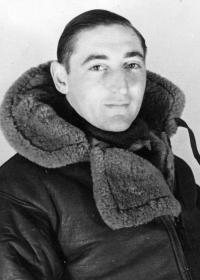